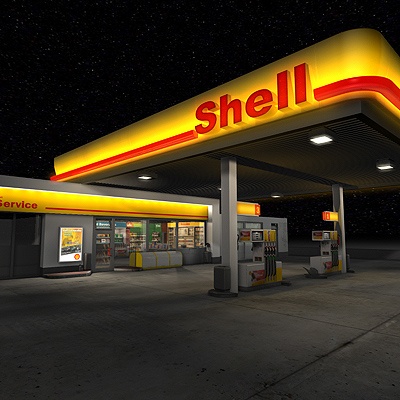 Shell and its Iraqi state partner are in the process of awarding a deal to drill new oil wells at the super giant Majnoon oil field in southern Iraq, the head of Iraq's state-run South Oil Co., Dhiaa Jaafar, said on Tuesday.

Jaafar told Dow Jones Newswires that both deals have not yet been awarded but they are "in process." He gave no further details.

Separately, an Iraqi oil industry source said that firms including Halliburton, Weatherford International, and Petrofac have been invited to submit bids for these two tenders.

A Shell executive contacted by Dow Jones refused to comment.

Shell said earlier that it was planning to drill 15 new wells over the next two years at Majnoon. This would help lift production to 175,000 barrels a day by 2012 from the current level of 45,000 barrels a day.

The Anglo-Dutch giant and Petronas were awarded a contract in December to develop the Majnoon field, which is located in Basra governorate and holds some 12.6 billion barrels of proven oil reserves. Shell owns 45% of the venture and Petronas 30%, with Iraq's state-run Missan Oil holding 25%.

Halliburton and Weatherford are already involved in oil services projects in southern Iraq. Petrofac said last month that it was establishing a presence in Iraq as it moves to increase its massive order book of projects.

World oil companies are moving ahead with development work at oil fields despite a political vacuum in Iraq after a general election in March produced no outright winner and raised concerns about increased violence in the country. U.S. Vice President Joe Biden concluded a visit to Baghdad on Monday, trying to mediate a solution among the various political blocs.

Shell is still keen to capture and sell gas in Iraq. As we reported last week, the Iraqi cabinet last week ratified a $12.5 billion deal with Shell and Mitsubishi to develop a gas-structure project in southern Iraq, paving the way for a final signature of the deal.

Iraqi officials said that the venture could produce up to 2.5 billion cubic feet a day when the project is developed.