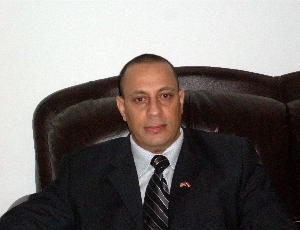 The Iraqi oil ministry held a two-day oil conference in Baghdad to discuss and tackle international oil companies' concerns about their current operations, chiefly: corruption, bureaucracy, and inconsistent customs and visa procedures. Regrettably, given the country's delicate juncture, the conference outcomes were below expectations, disappointing, and underscore the government inability to deliver on its promises and international oil companies' political ineptitude. Mr. Hussein Al-Shahristani, the oil minister, promised to alleviate some of those concerns, e.g. streamlining the visa process for the oil companies' staff and workers; however, such a gesture is perceived to be trivial given the oil companies' immeasurable constraints.

Conversely, most Iraq's experts and analysts were not surprised by the results of Baghdad's oil conference. Iraq's ethno-sectarian based government and lingering political impasse are inherent sources of a power vacuum, break-down in the government command and control, that is crippling the State's institutions. Moreover, Mr. Al-Maliki's cabinet is a merely caretaker government which deals with the country's daily routine with no constitutional mandate to adopt new laws, undo old ones, or take on major issues (enacting the hydrocarbon law, for instance).

Hence, while awaiting the formation of a new government and, hopefully, the passing of the new hydrocarbons law, international oil companies' only coherent avenue is to exploit the current predicament to foster their political capital, a vital expedient to minimize capital exposure and mitigate the unforeseen externalities associated with post-conflict environments, by devising a multidimensional approach which entails the following:

As Mr. Obama's chief of staff Rahm Emanuel used to say " You never let a serious crisis go to waste and what I mean by that it's an opportunity to do things you think you could not do before"