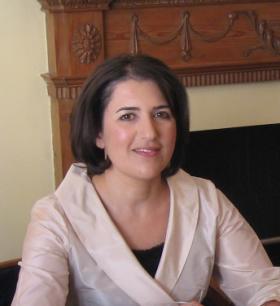 By Editor on 22nd September 2010 in Iraq Industry & Trade News

The Lib Dems are proud of their internationalism. It was one thing to oppose the intervention in Iraq and to continue as mistakes after the fall of Saddam were laid bare, but Iraqis like myself are keen to see your party develop its policy seven years later towards Iraq and Kurdistan, the region where I come from which is the stable, secure, commercial gateway to Iraq and Britain’s ally. The key question now is how can the LibDems support the Iraqi political process and ensure that Britain isn’t left behind other European countries in business, cultural and educational exchange with Iraq and Kurdistan.

I hope to debate these questions with Lord Wallace, Lord Clement-Jones and Nadhim Zahawi MP (Cons) at a fringe meeting at the LibDem party conference on 22nd September.

But whatever your views on the war, it is a fact that many in Iraq and certainly in Kurdistan view it as a liberation. While certainly mistakes were made, many Kurds and Arabs have benefited and most important of all, the people of Iraq have been given the opportunity to have democracy in place of dictatorship.

The Lib Dem manifesto states, “We will put British values into foreign policy – fairness, democracy and the value of human life”. After decades of war and dictatorship these are the values and principles that Iraqi democrats are striving to achieve. We recognise that we need the support of the international community and above all our allies such as the UK, to develop our democracy.

Today we are developing our economy in order for our people to benefit and prosper. This has opened the way for International companies to invest, trade and do business in Kurdistan as the gateway to Iraq.

But in Kurdistan, British companies are rare in comparison with the French, the Germans, Austrians and Italians. This is despite the very high regard for British goods and standards and the view that we are Britain’s friends and allies. In cultural exchanges also Britain could do much more, for example by having a greater British Council presence in Kurdistan, similar to the French Cultural Centre in Erbil, our capital.

There have been many friends in the Liberal Democrat party who supported the Iraqi Kurds during our darkest days. We are also pleased that Lord Clement Jones and Baroness Nicholson among others are today advocating greater British engagement with Kurdistan and Iraq. Perhaps it is time for the Liberal Democrats to engage with our people, which is to the mutual benefit of both our countries.