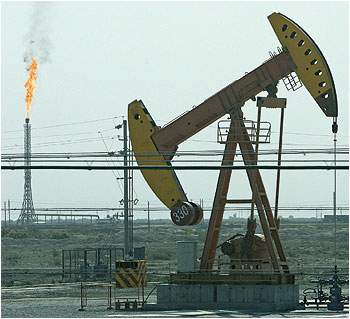 One of the first acts of Iraq's oil minister is to announce that oil exports from the northern, semi-autonomous region of Kurdistan will begin again shortly, according to Associated Press.

Just a few months after exports from the area started in the summer of 2009, they were stopped again, due to a disagreement over oil revenues between the local government and the government of Iraq in Baghdad.

This adds to the recent run of good oil news over the second half of December, as output rose to 2.5 million barrels per day and again to 2.6 million bpd, the highest level for 20 years. (Read Iraq Oil Output Now up to 2.6m bpd.) This already beats the export target for next year of 2.25 million bpd. With Kurdistan committed through dozens of contracts to export 150,000 bpd, this will be a significant boost.

The deals signed by Kurdistan had been called illegal by the oil minister's predecessor, but al-Luabi has said "Dialogue with our Kurdish brothers will continue to reach solutions to the benefit of all."

2 Responses to Oil Exports to Increase Again in Days