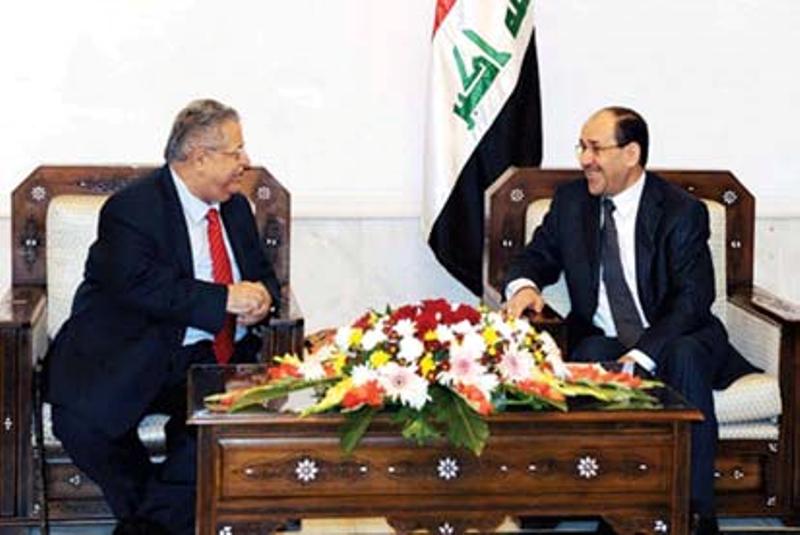 A governmental legal advisor has said that the Council of Ministers agreed to an 80% reduction in the salaries of the three presidencies, according to a report from AKnews.

Other reports say the proposals would cut the salaries of Prime Minister Nuri al-Maliki, President Jalal Talabani and parliament speaker Osama al-Nujaifi by 'more than 50 per cent'.

The announcement came one day after parliament ratified the country’s $82.6 billion budget for 2011.

Fadel Mohammed Jawad told the news agency that the move is part of a governmental bid to improve the economic situation and reduce salary differences between the different grades of state employee.

“The move also includes reducing the salaries of former MPs, ministers, governors and other grades of executive retirees,” he said.

Iraqi deputies currently earn 32 million Iraqi Dinars ($27,220) per month whereas a state school teacher has a monthly salary of between $450 and $600.

Although approved by the Cabinet of Ministers, the new bill is subject to a parliamentary vote for ratification.

Many Iraqi cities have been the scene of public demonstrations in recent weeks with angry protestors demanding better public services, employment opportunities and the effective implementation of the government’s much criticized food subsidizing ration card system.

Mass public rallies have been announced taking place in the Iraqi capital and in cities across the country on Friday 25th.