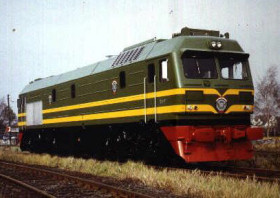 By Editor on 18th April 2011 in Iraq Transportation News

The Iraqi Railway Company [Iraqi National Rail Company] has announced that its revenues for March totalled $1.4 million [1.7 billion Iraqi dinars], according to a report from AKnews.

The company’s assistant general manager, Salam Jaber Salloum, told the agency that proceeds from the transfer of freight reached $310,000 with the remaining revenues coming from the sale of passenger fares.

The company had sales of $1.3 million for the month of February.

"The railway company is working to develop its services through advanced transfer tools that will provide it with healthy revenues during the coming period," he said.

The Transport Ministry began working on plans to reorganize and develop the country’s rail network earlier this year after it was announced in January that the railway company was losing $61 million each year through its payroll, while annual revenues were not exceeding $10 million.