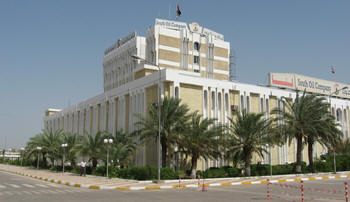 Hundreds of employees of Iraq’s state-owned South Oil Company have gone on strike in Basra city on Monday, demanding improvement of their living standards and salaries, and the formation of integrity committees to uncover the financial and administrative corruption in the Company.

A trade union activist told Aswat al-Iraq news agency that the demonstrators have also demanded the building of houses for them by their Company, and the distribution of the company’s share of profits among them this year, “taking into consideration that the price of a barrel of oil has exceeded 100 U.S. dollars now.”

Reuters reports that about 300 of the company's 18,000 employees walked out.