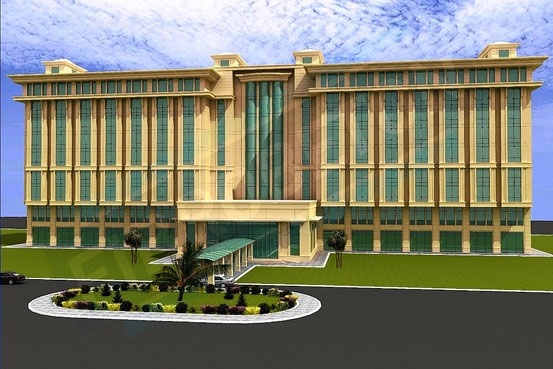 Today, Erbil, which is part of the relatively safe Kurdistan region of Iraq, has seen a boom in construction projects, including a new airport that opened in 2010, driven by a boom in the energy business there.

The Marriott hotels will be part of a $1 billion real estate development currently under construction, called Empire Iraq, that will include villas, apartments, an office tower and a motorsports track.

The project includes a 200-room five-star hotel, now partly completed. It will be called Erbil Marriott and will have four restaurants and lounges. The hotel will open in 2014, Peshraw Agha, chairman of the Empire Iraq project said in an interview.

As is standard in the U.S. hotel industry, Marriott has agreed to provide its name and manage the Erbil hotels, but will not be directly investing in the project.

Mr. Agha said the Empire Iraq project includes Iraqi and Turkish investors. He said there was room for a number of new Western-branded hotels in the city, given that much of the development occurring there attracts Iraqis, foreign contractors and investors to town.

Still, despite efforts from the Pentagon and U.S. Department of State, few American brands have entered Iraq beyond oil, gas and defense-related companies. That is due primarily to both unrest and to perceptions of corruption in the business community. In Erbil, that corruption problem is a serious hindrance, according to several experts.

"It's a problem because you can do all the encouraging you want but if the environment is not conducive it's not going to happen," said Eric Davis, a professor at Rutgers University who studies Iraq's economy.

During the first Gulf War Starwood Hotels and Resorts Worldwide lost control of the Sheraton in Baghdad, yet the hotel continued to use the name "Sheraton" illegally. The Baghdad Sheraton has suffered several bombings since.

Still, the company sees some promise in some areas of Iraq. "My take on northern parts of Iraq…is that those areas have a great deal of stability and are interesting potential sites of hotels and have gotten to a point where there is potential," said Starwood Chief Executive Frits van Paasschen.

One Response to Hotels Head for Iraqi Kurdistan