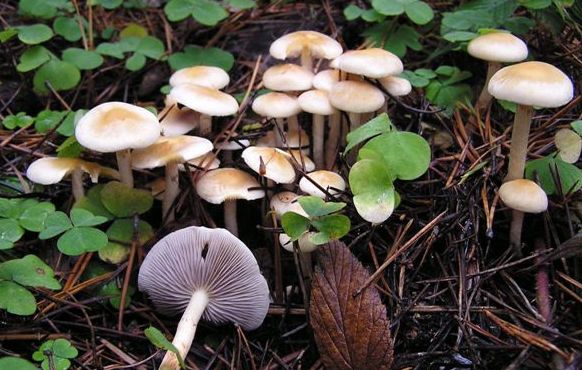 By Editor on 2nd September 2011 in Agriculture

Although they grow wild, mushrooms remain a relatively exotic food in Iraq, according to this report from Niqash. Now one ambitious Mosul man plans to change all that: by starting Iraq’s first mushroom farm. And there are already shoppers queuing for his fungi.

The casual observer would be hard pressed to find signs of an ambitious agricultural project with great commercial and culinary potential, here on this quiet street in the working class neighbourhood of Ras al-Jadda in the northern Iraqi city of Mosul. Yet this is where one of Iraq’s most innovative agricultural projects is underway: Iraq’s first mushroom growing project.

Two years ago Majeed Hamid Sallal got a license from the investment commission of the state of Ninawa, which encourages new investments in the northern state, to start his mushroom farm.

“But growing mushrooms requires special conditions,” he said. “And for these reasons they thought that my project would fail. Nobody encouraged me to carry on.”

However Sallal has proved the mushroom naysayers wrong. Proudly holding up one of his mushrooms, Sallal said he has already come up to international standards in white mushroom growing, with his project’s potential to produce an average of between 20 and 30 kilograms of mushrooms per square meter of mushroom compost. And he is very confident that he can continue to make his mushrooms a success. His achievement in the face of such difficult circumstances, he feels, deserves praise.

After being unable to get much advice or help from academics at the University of Mosul, Sallal went to the city of Alepo in Syria where he paid to take courses in agricultural science and where he was also introduced to similar mushroom projects. For instance, mushrooms have been grown successfully in Idlib, Syria, which neighbours the state of Alepo.