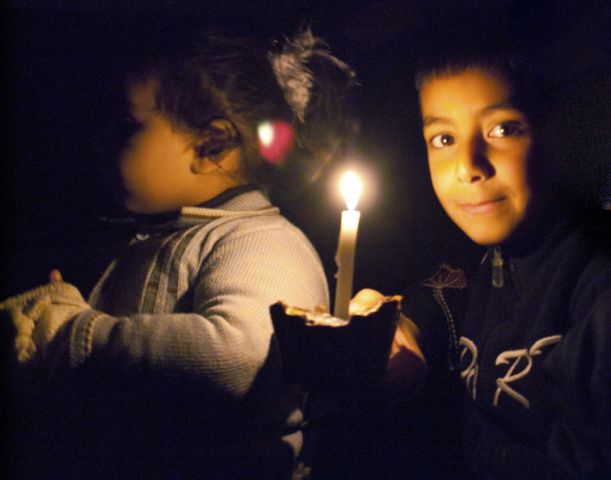 When Becca Heller, current director and co-founder of the Iraqi Refugee Assistance Project, first met Moustafa in Amman, Jordan in August 2008, he and his brother were the only surviving members of his family. His father and other brother had been kidnapped and tortured. A video of them pleading for their lives was sent to Moustafa and his mother, stating that they would be returned safely in exchange for a hefty ransom payment. Moustafa and his mother, who had no money, and a younger brother with cerebral palsy to take care of, did not have the money to pay the ransom. That was the last anyone heard from Moustafa’s father and older brother. At the time Becca met him, Moustafa was still carrying around the ransom video on a small USB port on his keychain. Moustafa had no food and it was illegal for him to work because he did not have residency in Jordan. He had to somehow obtain medical help for his brother, and he had not seen his mother in three years. His only option was to try to be resettled to a safe third country where he could start over, but he had heard nothing from the United Nations about his resettlement application in over a year.

The Iraqi Refugee Assistance Project (IRAP) is a U.S.-based not-for-profit organization dedicated to providing legal assistance to Iraqi refugees in life and death situations. To date, IRAP has helped resettle more than 1,000 Iraqis identified by the United Nations and numerous other organizations as living in “extremely urgent situations.” After returning to the U.S. from Amman in 2008, Becca co-founded IRAP as a student-driven extracurricular organization at Yale Law School, where she then just beginning her second year. Becca’s vision was to organize law students and lawyers in the U.S. and the Middle East to help Iraqis like Moustafa, who had no choice other than to be resettled, but seemed to have been lost somewhere in the bureaucracy international refugee processing systems.

Currently, around 2.5 million Iraqis remain displaced because of violence. Of these, an estimated 1.5 million are internally displaced inside Iraq, and one million are stuck in limbo in neighboring countries including Syria, Jordan, Lebanon and Egypt. Iraqis in these countries have no rights- they may be deported at any time, it is illegal for them to work, and there is almost no access to health care. Meanwhile, many of the refugees are in dire humanitarian situations for which they cannot receive any assistance.

After One Month of Boycotting: Iraqiyya at a Crossroads
Salih to Hand Over to Nechirvan Barzani in KRG Cabinet Reshuffle
Tags: Iraqi Refugee Assistance Project (IRAP), Yale Law School