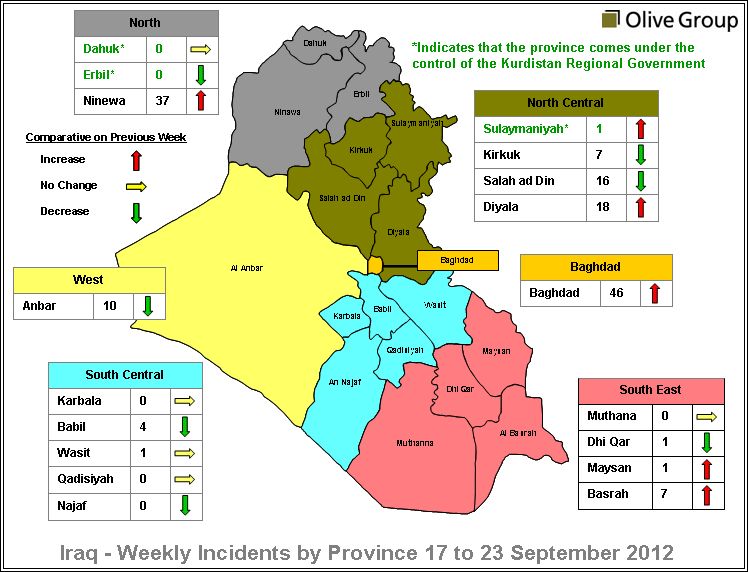 By Gary Sandiford on 26th September 2012 in Weekly Security Update

The total number of reported incidents in Iraq for the period 17-23 September 2012 was 149. This was a slight reduction from last week’s figure of 155, but still some way above the 2012 weekly average of 114. Despite the slight reduction, this remains an elevated figure, indicating that basic security in Iraq has not returned to the pre-Ramadan campaign levels.  The security picture across Iraq remained highly varied, an established characteristic of violence in the country on 2012. The South East Region was subdued, with negligible extremist/militia activity and low-level community or criminal violence occurring. While this continues long term patterns, other areas normally associated with higher levels of violence were also subdued this week; for example northern Baghdad Province, northern Babil Province and Kirkuk Cityall reported fewer than six incidents, none of which were significant. These areas regularly feature high levels of reporting and the subdued figures this week are unlikely to represent a permanent reduction in activity, but rather reflect the variable nature of insurgent activity. 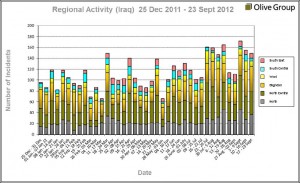