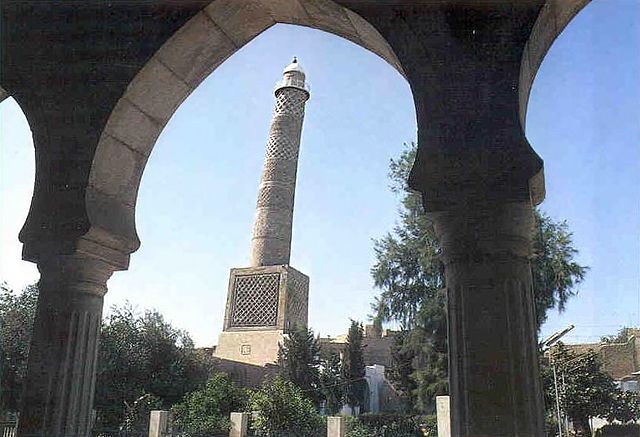 UNESCO's Iraq Office and the Governorate of Ninewa signed an agreement to start a project under which UNESCO will carry out a complete set of studies to protect one of the region's historical icons: Al Hadba Minaret.

After several meetings and an expert mission, UNESCO Iraq Director Mohamed Djelid met on Friday, 20 September 2012, with Ninewa Governor Aseel Abdel Aziz Al Nujaifi in the city of Erbil to sign the "Executive Cooperation Programme for the Study and Documentation for the stability and conservation of Al-Hadba Minaret".

Under this project, UNESCO will undertake a comprehensive research of the materials, geological bedding and structural analysis during a 12 month period, before deciding on the type of treatment that should be applied. Main priority areas of intervention were identified following a visual inspection by a UNESCO expert during a site visit on June 2012.

Located in Mosul, Al Hadba minaret represents the most outstanding feature of the Great Nurid Mosque built in 1172. Leaning 253 cm off the perpendicular axe for several years, the Minaret suffers from serious structural weakness and it risks collapsing.

This conservation programme, the first of its kind in the region in 20 years, will guide the governorate of Ninewa and the city of Mosul to make the correct decisions and take suitable measures in order to protect the leaning minaret that has brought fame to the northern city.