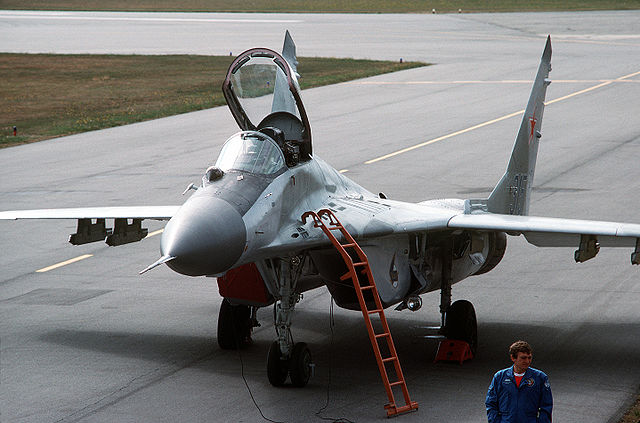 Russia's Pravda reports that Iraq may be about to buy $5 billion worth of MiG fighter jets, Russian helicopters, anti-aircraft missile systems, armored vehicles and other weapons.

Between 2008 and 2011 Baghdad purchased Russian weapons worth $246 million dollars, most of which were helicopters.

In the same period, deliveries of weapons and military equipment from the US totaled $6.56 billion dollars, according to the director of the Center for Analysis of World Arms Trade (TSAMTO), Igor Korotchenko.

The deal, if it goes through, would put Iraq among the five largest importers of Russian arms.

"Personally, I have serious doubts that Iraq will buy billions of dollars' worth of our weapons. They will not be allowed to do it. Iraq's foreign policy is tightly controlled by the US ... I do not expect very large contracts. Even if Iraq wants to buy a large quantity of Russian weapons, America will be opposed to it."