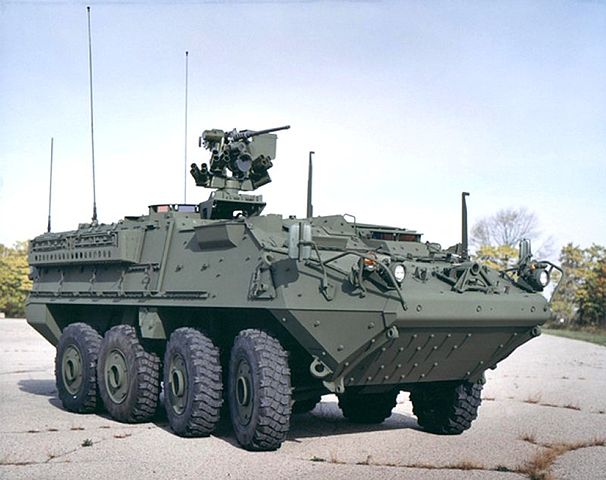 According to a report from Bloomberg, Iraq’s military wants to buy as many as 30 General Dynamics Stryker eight-wheeled combat vehicles.

The $25-million deal would be the first international sale of the vehicles, which were developed for the US Army.

If accepted by the Iraqi government, the proposal would be submitted to Congress for approval because the Stryker is a major Army weapons system.

The Stryker models would be equipped with sensors, test equipment and communications gear capable of detecting nuclear fallout or chemical and biological agents. The US version connects with Army communications networks to alert commanders and chart routes free of contaminants.

Stuart Bowen, the US Special Inspector for Iraq Reconstruction (SIGIR), said the total value of all agreed and proposed military arms and equipment sales to Iraq could be as much $19.1 billion.

The approved deals include a first installment of Lockheed Martin F-16 fighters and C-130J transports, General Dynamics M1A1 tanks, 35M Patrol Boats made by Swiftships Shipbuilders LLC, Bell Helicopter Textron IA 407 Helicopters and maintenance, sustainment and training for those systems, according to the U.S. Embassy official.