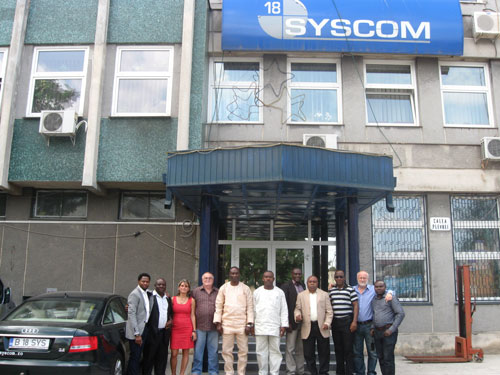 By Editor on 6th December 2012 in Construction & Engineering In Iraq

Syscom 18, the Romanian company specialising in industrial automation and measuring systems, has won a contract worth three million euros in Iraq.

The project involves the "design, construction, installation, electrical and automation side and starting operations of 40 fiscal metering systems", to be integrated into two power plants; project completion is scheduled for the second half of 2013.

"The fast development pace of the oil and gas segment in the region, but also our previous work experience in other countries in the Middle East, helped us win this project.

"Given that the regional markets continued to have a high economic potential, their financial and energy resources remained at important parameters and the Middle East further needs equipment of industrial measurement and control for oil exploitation.

"Six years ago still, we decided to orient a significant part of our business efforts to the external market and we did well. This year, about 25 percent of our revenue structure comes from international projects."

"Iraq is for us a region of great interest. There are currently some serious opportunities for foreign companies wishing to implement projects in the Iraqi energy field. Their national development plans aim to satisfy, through the large projects of providing electricity, population's increasing energy demands.

"So that power plants will be built, imports of electricity will increase, infrastructure is to be constructed. In other words, large investments into projects are expected, and experienced foreign companies in the field will also have access, those capable to implement short or long-term projects.

"Beyond the construction and operation of the power systems and units, opportunities will arise for the training of Iraqi engineers, managers and other staff in the energy sector."