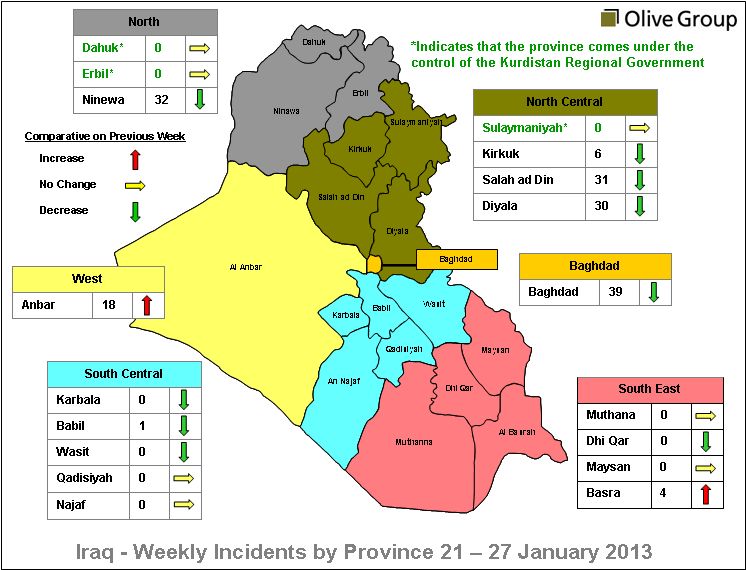 By Gary Sandiford on 30th January 2013 in Weekly Security Update

The total number of reported incidents in Iraq for the period 21-27 January 2013 was 161.  This marks a reduction from last week’s exceptionally high figure; however, it still remains above the current twelve month average of 126 and represents a relatively busy period for many northern and central areas of the country.  As such the approximate two month phase of heightened (if uneven) violence can be seen to have continued this week.  While the Baghdad and North regions recorded slightly above average incident levels for the week, it is the North Central and West Regions that contributed most to the relatively high total.  The South Central and South East Regions by contrast remained very subdued.  Of particular note, there were numerous large mass-casualty attacks this week, including a suicide-bombing at a Turkmen funeral in Tuz Khormato, and a small series of vehicle-bomb attacks across the Baghdad Region. 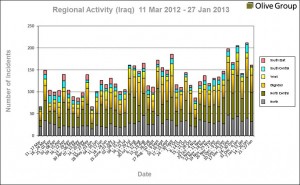