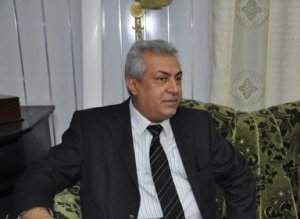 Crude exports from Iraq to China average 500,000 barrels per day, and Iraq's oil production, which averaged 3.5 million barrels a day in the first quarter, is expected to rise this year due to increases in output in the southern portion of the country.

"The Chinese companies are considered strategic partners to Iraq in aspects of extracting and marketing crude oil through their active participation in developing the Iraqi oilfields," the state-run Iraqia channel quoted Minister al-Luaibi as having said.

China is on track to overtake the U.S. as the world's top crude importer in 2014 as the country's growing refining capacity boosts demand.

One Response to Iraq Seeking to Increase Crude Exports to China