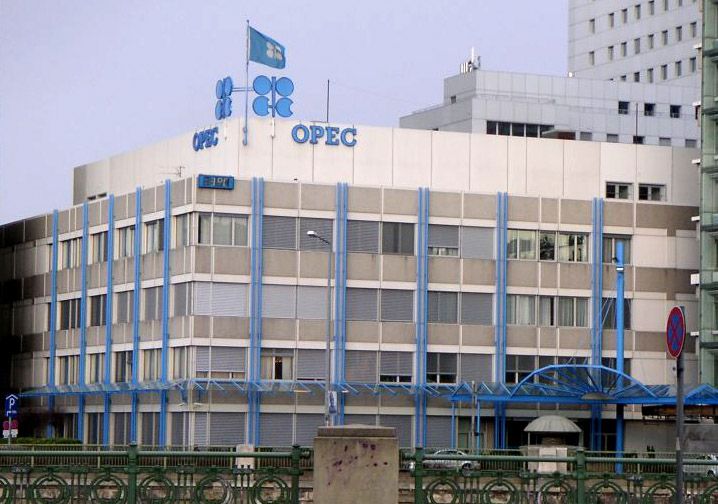 On Friday, the International Energy Agency warned that oil supply from the Organization of the Petroleum Exporting Countries was falling, as it raised its forecast for demand for the exporters group's crude this year.

"Continued supply outages in Iraq and Libya…may reduce the group's output in coming months," the IEA said in its monthly oil market report, adding that while global supply is still sufficient to meet demand, the market may be slow to adapt to the disruption.

Disruptions to production in Libya and Iraq resulted in a fall in OPEC crude output of 170,000 barrels a day in July, compared with June, more than offsetting an increase in Saudi Arabian production to its highest level this year.

According to OPEC's latest monthly oil market report, also published Friday, the group's output fell in July to its lowest level since March.

However, strong supply growth from oil producers outside OPEC, coupled with easing demand from refineries in the coming months, could mitigate the disruptions, the IEA said.

According to the Wall Street Journal, markets could still be disrupted because the production growth is in a different part to the world to the supply disruptions, according to Antoine Halff, editor and head of the oil industry and markets division at the IEA.

"A lot of the disruption in supply is really affecting European and Asian market and supply is coming from the American market," he said. "It's not an immediate one-to-one replacement; if you lose it now in Libya, you can't make it up immediately with a barrel from the U.S."

The production of Libya's main grade of crude oil, called Es Sider, has collapsed after the terminal that exports the oil to global markets was shut by protesters demanding more jobs or unpaid wages, Libyan oil officials told The Wall Street Journal Wednesday.

These protests caused Libya's production to dwindle to just 400,000 barrels a day at the beginning of August compared with an already reduced output of 1 million barrels a day in July, according to the IEA's figures.

Oil supply from Iraq fell below 3 million barrels a day for the first time in five months in July as a result of attacks on a major pipeline, the IEA said. Production in the country is forecast to drop again in September by 500,000 barrels a day as a result of planned infrastructure work at its southern oil export terminals.

Based on July's production figures, that would take Iraq's output down to around 2.5 million barrels a day in September, its lowest level in more than two years.

Iraq aims to boost its oil production by 360,000 barrels a day by the end of the year, to reach 3.61 million barrels a day, Abdul Mahdy al-Ameedi, the head of the Iraqi oil ministry's petroleum contracts, told The Wall Street Journal Wednesday.

If they go according to plan, the infrastructure improvements will increase export capacity, said Mr. Halff, although he warned that the work could over run. "Officially they've said it's going to take a month, but expectations are it could be more like 5 or 6 months."