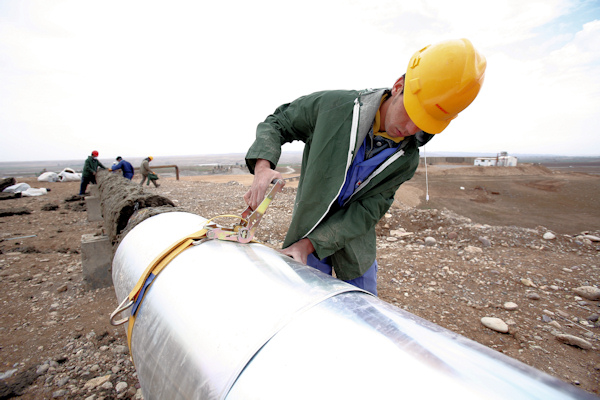 The Wall Street Journal and Reuters report that Iraq has shortlisted 12 international companies to build the new $18-billion oil export pipeline to Jordan, the country's first such pipeline in decades.

Iraq's oil ministry has chosen these companies from a list of more than 80 international firms which submitted their credentials to build a section of the 1,040-mile pipeline from Basra to Jordanian Red Sea port of Aqaba.

The short-listed companies and consortiums are:

It is understood that the State Company for Oil Projects (SCOP) will invite the short-listed companies to receive the tender package, and then submit their offers by November or December.

Iraq hopes the pipeline will make it less dependent on Persian Gulf export terminals, providing an alternative route if Iran closes the Strait of Hormuz.

A third section of the pipeline, running to Syria's Banias port in the Mediterranean, has been postponed because of the conflict in the neighboring country. It would have a capacity of 1.25 million barrels a day.