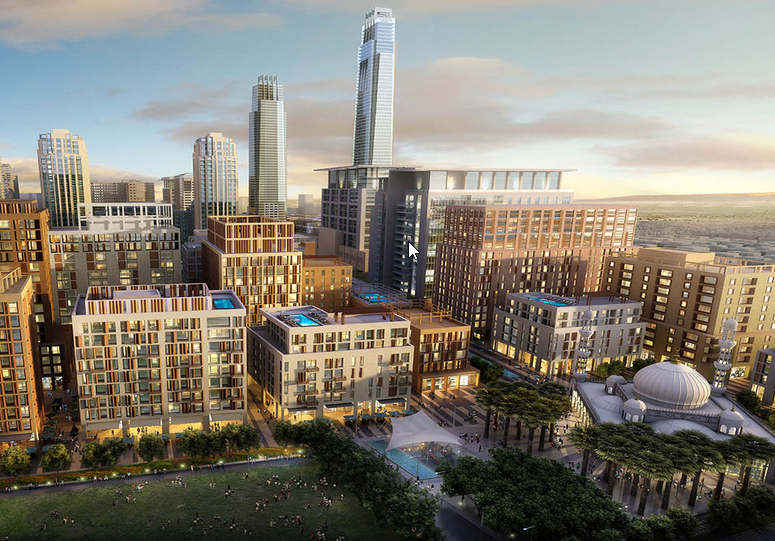 Prime Minister Nechirvan Barzani kicked off the nearly-$3-billion “Downtown Erbil” project on Sunday, calling the venture that is estimated to create 35,000 jobs and transform the face of the Kurdish capital, “a milestone for the Kurdistan Region.”

“This project will be a source of pride and a source of income for thousands of families,” Barzani said at a commencement ceremony with Mohamed Alabbar, head of Dubai’s Emaar Properties, which is leading the project and hopes to finish it in around five years.

Barzani said that the 133-acre “Downtown Erbil” -- which envisions the capital’s largest shopping mall, five-star hotels, apartment towers, schools and healthcare facilities -- “is a milestone for the Kurdistan Region.”

He added that the development marks a turn in Kurdistan, a three-province autonomous Kurdish enclave of five million in northern Iraq whose economy is booming and which posted a whopping 12-percent economic growth last year.

“Downtown Erbil will be a true hub for business and tourism in Erbil,” Alabbar told a gathering of government ministers, foreign diplomats, Erbil governor Nawzad Hadi and many businessmen attending the inauguration ceremony.

“It will touch around $3 billion,” Alabbar said about the cost of the development.