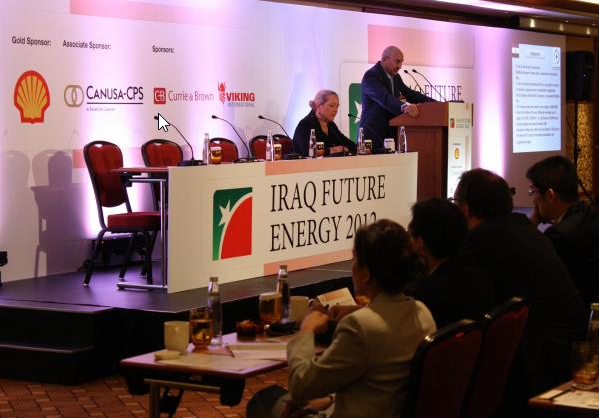 With the fourth edition of the Iraq Future Energy Conference approaching, experts – Mr. Falah Al Khawaja, former Director General for oil projects at State Company for Oil Projects (SCOP), and Mr. Ali Alwash, General Manager at State Company for Oil Projects (SCOP) - participating at the conference discuss the developments in the Basra fields, current and upcoming pipeline projects in the region, as well as the outcome of the 4th December OPEC output target meeting for Iraq.

Speaking on the importance of the developments in the Basra fields, Mr. Falah Al Khawaja, former Director General for oil projects at State Company for Oil Projects­ (SCOP), confirmed:

“The development of the Basra oil fields is very important for federal Iraq’s energy industry. These fields will raise Iraq’s hydrocarbon supply to about 9 mmb/d of oil including present capacity, and lead to trebling gas output by 2020. This is a huge input to world and local supply. Local refining capacity will be doubled, and Iraq’s power generation needs will be met.”

Referring to how critical is it to have an alternative to the Strait of Hormuz for exports, whilst also providing updates on Iraq’s export pipeline infrastructure project, Mr. Falah, said:

“The Strait of Hormuz issue was exaggerated and may be discarded depending on the ongoing dialogue between the West and Iran. Iraq, however, needs the flexibility of the western route to Jordan and Syria, and the northern route to Turkey.

"Preparatory work for both routes is progressing towards Jordan and Turkey. The southern corridor was never an option; but with the restoration of The Iraqi Pipeline in Saudi Arabia (IPSA), the pipeline to Yanbu remains the aim and a valid option.”

With regards to the current state of the northern route to Turkey he further added:

“The 40 inch pipe line extending from Kirkuk to Cehan in Turkey is badly damaged in the section from Fatha to the border (nearly 400 km) and, accordingly, the whole pipeline has deteriorated considerably from its original capacity. The damaged length is to be replaced.”