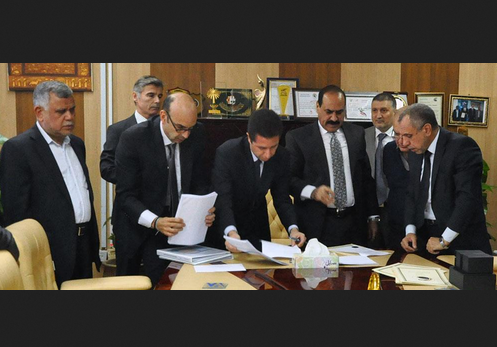 Thales has signed a contract with the Iraqi Civil Aviation Authority (ICAA) for the modernisation of Iraqi airspace.

The company will deliver a TopSky-ATC centre in Baghdad, this in addition to the ATC centre equipped in Basrah in 2007; it will also supply 3 latest generation RSM970S secondary radars to the ICAA, which will complement Iraqi air space coverage.

According to a company statement:

"This contract highlights the strength of the partnership being forged between Thales and the ICAA. In their efforts to reconstruct and modernise Iraqi infrastructure in the post war period, the ICAA has been seeking long term partnerships with systems providers capable of delivering both advanced and efficient ATM systems, and the knowhow necessary to train world class ATC controllers. Thales TopSky-ATC’s technological superiority and training excellence, assures the future proofing of Iraq’s air traffic management."

"As a destination, as a waypoint between the eastern and western hemispheres and as the hub for some of the world’s major airlines, the Middle East is a crucial ATM region. Iraq is in a vital regional and geographic position and as it comes out of a very difficult period, Thales will be there to support them in building a world class air traffic management network."