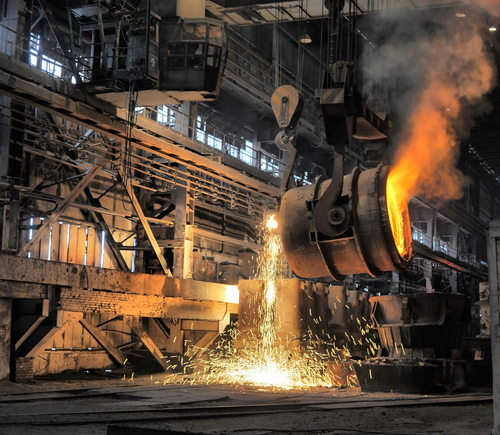 By Editor on 19th December 2013 in Construction & Engineering In Iraq, Investment

Aljazira Capital has raised its rating on Astra Industrial Group to overweight from neutral after the Saudi industrial conglomerate started a new steel millin Iraq.

The Jeddah-based investment bank was initially expecting the melt shop of 450,000 metric tons/year of billet and mill of 300,000 mt/y of rebar to begin operations in the second half of next year.

It said that the proximity of the Al Amna facility in Khor Al-Zubair to the Basra port, combined with the abundance of scrap in Iraq, will help cut logistics and raw material costs.

In 2010, Astra paid $61 million for a 51 percent stake in Jordan-based Al Tanmiya for Steel Industries, which is the owner of Al Amna.