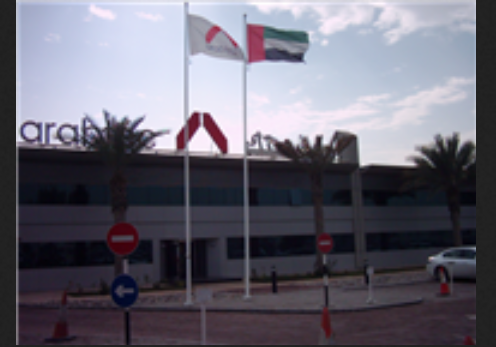 By Editor on 29th January 2014 in Construction & Engineering In Iraq, Employment

Arabtec Holding PJSC has announced its intention to open an office in the Iraqi capital, Bagdad, to capitalize on the country’s high potential, particularly in oil and gas and infrastructure.

The opening of Arabtec’s office in Baghdad to facilitate the company’s planned growth in the Iraqi Market is in line with the Company’s business growth strategy to diversify into higher-margin segments, particularly infrastructure and oil and gas.

The office will serve as a platform for expansion by Arabtec Holding’s joint ventures and subsidiaries, in what is expected to become the the region’s most lucrative construction market. Arabtec is already in advanced discussions with a number of clients in Iraq for large-scale projects in its target sectors.

A major thrust behind Arabtec’s expansion into Iraq is to pave the way for its newly formed JV with Samsung Engineering and the soon to be announced JV with GS Engineering and Construction to tap the huge potentials the Iraqi market presents in EPC and infrastructure sectors.

“We see great potential for Arabtec in Iraq. Our physical presence there will enable us to capitalize on the significant new business opportunities that are available particularly in oil and gas and infrastructure. Launching our business in Iraq follows our recent expansion into the Balkan States, and achieves yet another significant step in our growth strategy.

"We are already in talks with the Iraqi Government over a number of mega projects. These talks are at an advanced stage and we hope to announce the results in the very near future.”

Iraq is showing strong signs of growth. The oil sector is benefitting from renewed investments and international oil companies have committed to long-term construction projects. According to MEED, Iraq earned a record $94bn from oil exports in 2012, accounting for more than 90 per cent of government revenue. The growing oil revenues will play a vital role in financing the urgently needed redevelopment of the country’s infrastructure. With a growing population, Iraq also needs to invest heavily in housing with current estimates of housing needs ranging between 1 million and 3.5 million by 2015.

3 Responses to Arabtec to Expand to Iraq