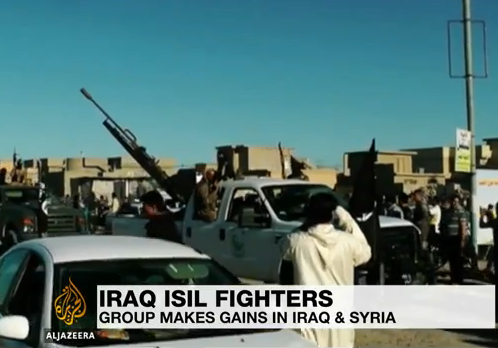 The Islamic State of Iraq and the Levant, (ISIL), is a jihadist group active in Iraq and Syria seeking to establish a Islamic caliphate.

With thousands of Arab and foreign fighters under its wing, it has emerged as one of the most powerful groups in the region.

An off-shoot of al-Qaeda, the group has attacked rivals and killed hundreds for violating its strict interpretation of Islam.

Despite the Iraqi army's efforts to dislodge the fighters, the group controls parts of two Iraqi cities in Anbar province, most of Mosul and several neighborhoods in Kirkuk province.

ISIL also controls parts of northern Syria, including their stronghold the city of Raqqa, and are fighting rivals Al Nusra, for oil-rich city of Deir az Zor.

One Response to Video Profile: Islamic State in Iraq and the Levant (ISIL)