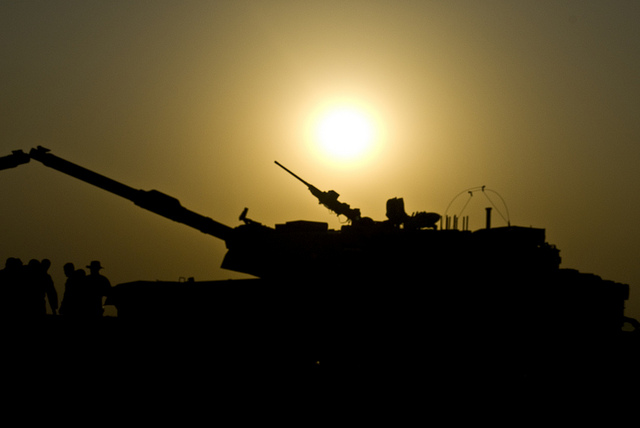 Since the outbreak of violence in Iraq, due to the rise of the Islamic State, the American government has supplied massive amounts of military aid to the Iraqi government.

A recent report from Bloomberg indicated that part of the aid given to the Iraqi government has been passed along to Shia militias. Many of these groups have mixed records and have some connection to Iran.

While the newly elected Iraqi government has better monitored the transfer of arms to militias, the issue still continues and raises the suspicions of many top American policymakers. The arms supplied to the militias range from small arms to M1A1 Abrams tanks (pictured).

The American government also recently announced another round of military aid to Iraq including mortars, rifles, anti-tank missiles, and body armor.

2 Responses to American Weapons Given to Militias