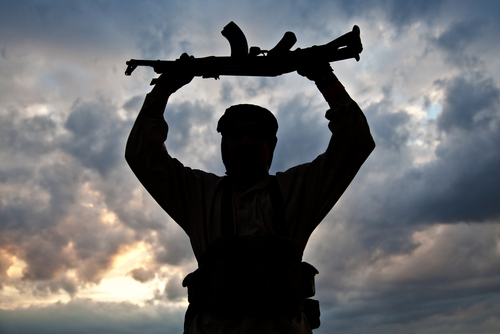 Who are the Kharijites and what do they have to do with IS?

Members of the Islamic State (IS) have often been described as modern-age Kharijites, in reference to the Muslims who rebelled against the ruling powers in early Islamic history. The Kharijite rebellions began in the 7th century, against the Umayyad Caliphate, and persisted against the Abbasid Caliphate.

Salafists such as the grand mufti of Saudi Arabia — who shares IS' religious principles, but not political views — call IS members Kharijites. Notably, these Salafists refused to pledge allegiance to Abu Bakr al-Baghdadi, who surprised the other Salafist movements by declaring himself the caliph of all Muslims. Salafist movements never expressed a serious disagreement with IS until Baghdadi's announcement of the caliphate last June.

Saudi Mufti Sheikh Abdul Aziz Al ash-Sheikh issued a statement in August 2014 calling IS an extension of the Kharijites who "believed that killing Muslims was not a crime, and we do not consider either of them Muslims." Even al-Qaeda, which was, until recently, the most dangerous Salafist jihadist movement in the world, renounced IS for being Kharijites. Jabhat al-Nusra declared in December 2014 that it was waging a war of elimination against what it called “Kharijites,” indicating IS.

In a voice recording, Jabhat al-Nusra’s spiritual leader, Sami al-Aridi, said, “The swords that God ordered us to use are many. One of these swords is the one pointed at Kharijites. This group [IS] has provided solid proof that it is Kharijite. Thus, killing them is a religious duty and there is no doubt about it. Whoever underestimates killing them, is underestimating the blood of Sunnis.”

Who are the Kharijites?

The word Kharijite means “those who defected from the group,” referring to the Islamic groups that rebelled against the third and fourth caliphs, Uthman and Ali, and the rulers of the Umayyad and Abbasid caliphates, beginning in 644. These "Kharijites" organized rebellions against Uthman, Ali, Muawiya and other caliphs. Those in opposition to the rebellions called the rebelling groups the Kharijites and accused them of turning their backs on Islam, since the caliphate and its leaders represented true Islam.

4 Responses to The Kharijites and IS