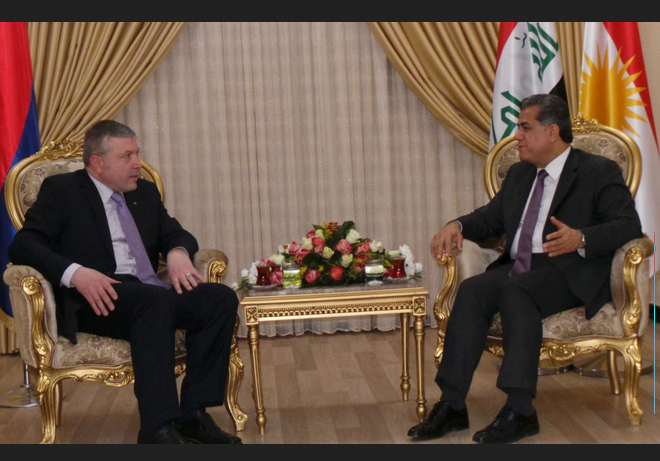 In his first visit to the Kurdistan Region, Ambassador Gregorian commended Kurdistan Region for its political and economic developments as well as its culture of peaceful coexistence and religious tolerance.

The Ambassador announced that starting from next week; Armenia will conduct direct flights from Yerevan to Erbil twice per week. He hoped that this will lead to more economic and cultural exchanges between Kurdistan and Armenia.

The Minister stressed that the opening of the consulate general will bring about more economic, political, and cultural cooperation between both sides. He expressed the readiness of the Department of Foreign Relations to fully support the Armenian mission in Kurdistan.

2 Responses to Kurdistan and Armenia to Strengthen Ties