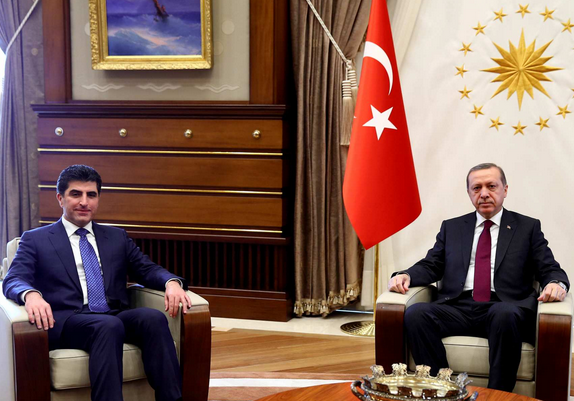 The two sides discussed the latest developments in the region, the war against the Islamic State terrorist organisation, ISIS and the role of Kurdistan Peshmerga Forces.

They also discussed the agreement reached last December between Kurdistan Regional Government and the federal Iraqi government on oil export and budgetary issues.

Bilateral relations between the Kurdistan Region and the Republic of Turkey were among the topics discussed in the meeting. They two sides stressed the importance of pursuing cooperation in the fields of energy and trade as well as other areas of mutual interests.

Prime Minister Barzani also stressed the importance of the peace process and the resolution of the Kurdish issue in Turkey, saying that the Kurdistan Regional Government is ready to take any steps needed to ensure its success. He added that the peace process will bring progress, reconstruction and stability to the region.