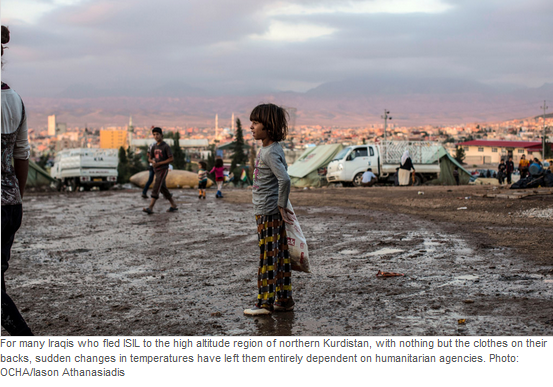 In an interview with UN Radio, Special Representative of the UN Secretary-General for Iraq, Nickolay Mladenov, said: “What really shocked me is that most of it is not news any more. In the beginning when we did our first report soon after the ISIL takeover of Mosul, the world was shocked at the atrocities that this group was committing. It's been now about nine months since then. We have done a number of these reports and we continue in them to register day after day horrible, horrible atrocities.”

“To me this is perhaps the most shocking thing. The world has gotten used to the violence and atrocities and this should not be the case. We should stand up every occasion that we can.”

The report also notes that the number of civilians, who have died from the secondary effects of violence, including the lack of access to food, water or medical care, remains unknown. Large numbers remained trapped or displaced in areas under the control of ISIL during the reporting period, with limited access to humanitarian assistance. Children, pregnant women, persons with disabilities and elderly people proved particularly vulnerable in these difficult circumstances.