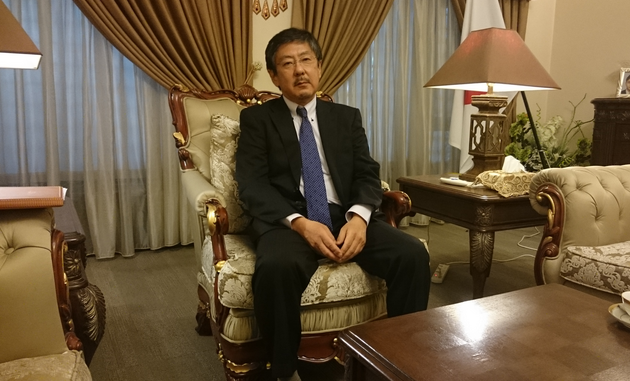 It is 2:00 pm Monday afternoon. I have been preparing my questions and kind of know what to expect, however, I am also slightly nervous at the time frame of the meeting, simply because there are so many things that I want to achieve with this interview, not least build awareness in Japan for the work Nina is doing.

The Japanese Prime Minister Shinzo Abe has gone on the record to state his commitment to women’s empowerment within the post-2015 development agenda.

This alongside other key initiatives (more on those later), meant I really was keen to understand Japan’s vision for building GDP by fully mobilising its women also. I am hoping for insights, as well as a sense of the drive for change that has emerged from Japan to be reflected in our interview today.

I am ushered into Mr. Kazuya Nashida office by first secretary Ms Kazuko Hikawa, who then joins us also. The office is opulent and very formal – it is clear however, that despite this formality his Excellency truly wants to engage.

It seems as though he is almost as excited by this opportunity to connect as I am!

5 Responses to Interview with Japanese Ambassador to Iraq