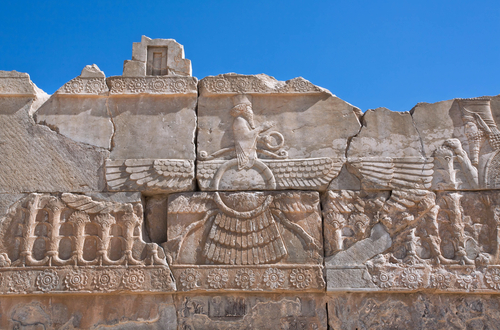 The One, True Kurdish Prophet? Thanks to ISIS' Extremism, Iraqis Revive Ancient Religion

One of the smallest and oldest religions in the world is experiencing a revival in the semi-autonomous region of Iraqi Kurdistan.

The religion has deep Kurdish roots – it was founded by Zoroaster, also known as Zarathustra, who was born in the Kurdish part of Iran and the religion's sacred book, the Avesta, was written in an ancient language from which the Kurdish language derives.

However this century it is estimated that there are only around 190,000 believers in the world - as Islam became the dominant religion in the region during the 7th century, Zoroastrianism more or less disappeared.

Until – quite possibly – now. For the first time in over a thousand years, locals in a rural part of Sulaymaniyah province conducted an ancient ceremony on May 1, whereby followers put on a special belt that signifies they are ready to serve the religion and observe its tenets. It would be akin to a baptism in the Christian faith.

The newly pledged Zoroastrians have said that they will organise similar ceremonies elsewhere in Iraqi Kurdistan and they have also asked permission to build up to 12 temples inside the region, which has its own borders, military and Parliament.

Zoroastrians are also visiting government departments in Iraqi Kurdistan and they have asked that Zoroastrianism be acknowledged as a religion officially. They even have their own anthem and many locals are attending Zoroastrian events and responding to Zoroastrian organisations and pages on social media.

Although as yet there are no official numbers as to how many Kurdish locals are actually turning to this religion, there is certainly a lot of discussion about it. And those who are already Zoroastrians believe that as soon as locals learn more about the religion, their numbers will increase.

3 Responses to Thanks to Extremism, Iraqis Revive Ancient Religion