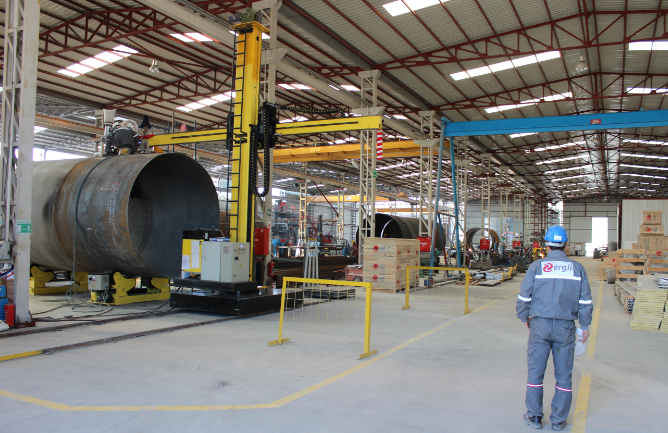 Touted as the largest oil field in Iraq, Zubair is undergoing major development, as a result of which oil production is expected to reach unprecedented levels. The project, whose license has been given to an Eni-led consortium, includes refurbishment of the existing plant, as part of which Ergil was to design, manufacture and fabricate dome roof flow tanks and flow tank degasser units.

“Having already established itself in the Iraq region, this project is a feather in the cap of Ergil as it is able to utilize the experience it has in this region.

"Furthermore, it has been successful in turning this opportunity into a business achievement for the organization as well as for its partner, ROSCO, a Jordanian company specializing in the oil and gas sector, and which has been awarded EPC contract work for Installation of New Flow Tanks."