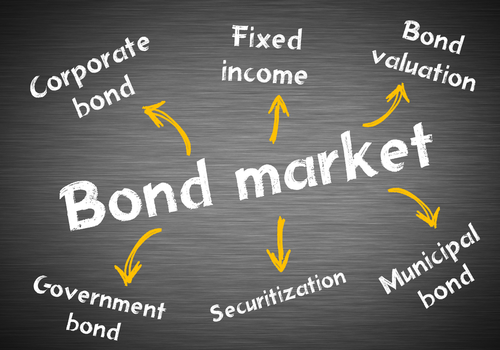 By Editor on 11th August 2015 in Iraq Banking & Finance News

Fitch Ratings issued its first rating on Iraqi sovereign debt, giving it the fifth-worst junk grade, due in part to the cost of the civil conflict and the global slump in oil prices.

The rating comes as the country is planning a $5-billion bond issue towards the end of this year.

The international ratings agency has assigned Iraq a Long-term foreign currency Issuer Default Rating (IDR) of 'B-' with a Stable Outlook.

The agency has also assigned a Country Ceiling of 'B-' and a Short-term IDR of 'B'.

The ratings reflect the following factors:

Political risk and insecurity are among the highest faced by any sovereign rated by Fitch. Sectarian conflict has raged with varying intensity since 2003, ISIS militants currently effectively hold three of the 18 provinces, relations with the Kurdish regional government are volatile and governance indicators are exceptionally weak.

Iraq holds the world's fifth largest oil reserves and significant amounts of gas. Oil production has risen rapidly to 3.3m b/d in May 2015, from an average of 2.4m b/d in 2010, with Iraq becoming the world's second largest exporter in 2014. Production costs are low. The bulk of oil production facilities and infrastructure are away from areas of domestic insecurity. Investment is under way to further raise production capacity, although infrastructure bottlenecks remain a constraint and investment plans were set back by payment arrears in 2014.

Iraq's fiscal position has deteriorated rapidly since 2013 and Fitch forecasts a double-digit fiscal deficit for 2015, owing to lower oil prices, higher military spending and costs associated with civil conflict. Savings buffers built during previous years of high oil prices have been largely eroded and the deficit will be financed by debt, likely including a eurobond and funding through an IMF rapid financing instrument that was approved in July. Rising oil production and prices should lead to a narrowing of the budget deficit in 2016, although it will remain large and another more substantive IMF programme is likely in 2016. We forecast a small deficit for 2017. The government has cleared the USD9bn of payment arrears to international oil companies that were run up in 2014.

Government debt is forecast by Fitch at 51% of GDP at end-2015, in line with the 'B' range median and sharply up on the end-2014 level owing to deficit financing and a contraction in nominal GDP. Debt/GDP is forecast to peak in 2016. Debt reflects the inclusion of funds (and accumulated interest) provided by GCC countries during the 1980-1988 Iran-Iraq war amounting to 22% of estimated 2015 GDP. Iraq faces no pressure to repay the GCC debt, which has not been subject to a haircut of 80% in line with terms to the Paris Club (in a 2004 restructuring covering debt under the pre-2003 regime).