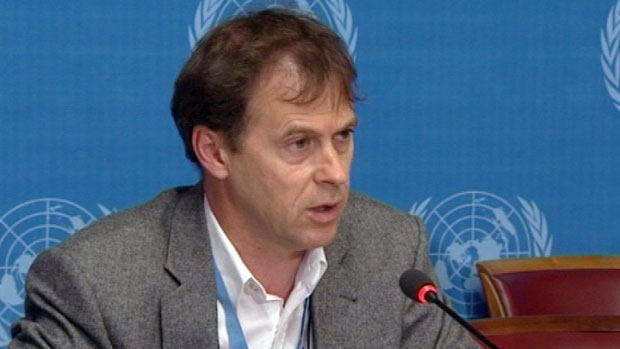 The United Nations has condemned the execution by the Iraqi Kurdistan Regional Government of three people convicted of murder and kidnapping - the first use of the death penalty in the region in seven years.

Rupert Colville (pictured), Spokesperson for the UN High Commissioner for Human Rights, said in a statement:

"We are dismayed to learn of the execution of a man, Farhad Jaafar Mahmood, and his two wives, Khuncha Hassan Ismaeil and Berivan Haider Karim, in the Kurdistan Region of Iraq.

"These are the first executions to have taken place in seven years, after the Kurdistan Regional Government established an informal moratorium on the use of the death penalty in 2008, and we are deeply disappointed by this new development.

"The death penalty was reintroduced in the rest of Iraq in 2004, with the first executions taking place the following year. Since then more than 600 people have subjected to the death penalty in various parts of the country with the exception of the Kurdistan Region. Half of those, exactly 300 executions, were recorded in 2012 and 2013, with a further 62 last year."