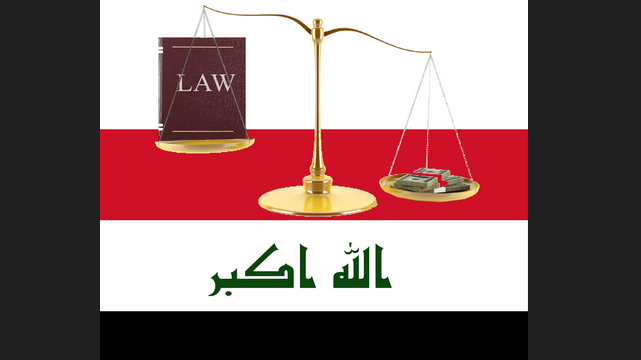 The opinions expressed are those of the author, and do not necessarily reflect the views of Iraq Business News.

Prior to 2003 Iraq was a proud civilization that did not lack in nationalism. A country with roots that stemmed from “Sumer, Akkad, Babylon, Assyria and Chaldeans”. They introduced the world to cuneiform writing (3500 BC), and the Code of Hammurabi (1754 BC).

Today the vast majority of the Iraqi population lives a life of uncertainty due to employment, poverty, the deteriorating security system, minimal essential services, inequality, lack of vision for the future of the state and even more importantly a corrupt justice system.

Thousands of Iraqi people seek to immigrate to the United States and European countries, seeking a better opportunity for education and work to fulfill their daily needs. This has not only resulted in the country’s finest and most educated leaving but also the new generation does not seek to prosper in their homeland, neither do they have trust in their state and institutions.

Since 2003 the number of judges, officials and prosecutors have tripled, from 573 to 1495 at the end of 2014. Even with the increase in numbers of these officials there seems to be over 1,170,388 accumulated cases and enquires in Iraq that have been disclosed.

It would be assumed that with the increase of personnel, the number of enquires and cases would be steadily decreasing. Instead, they are steadily increasing and this is the cause of under qualified and under-educated individuals placed into positions of power. As of 2014, there are 163,311 detainees across Iraq however, this figure may exceed in reality.

Many of these detainees do not know why they are being held.

5 Responses to Corruption Inside Out: Misjudgment of the Iraqi People