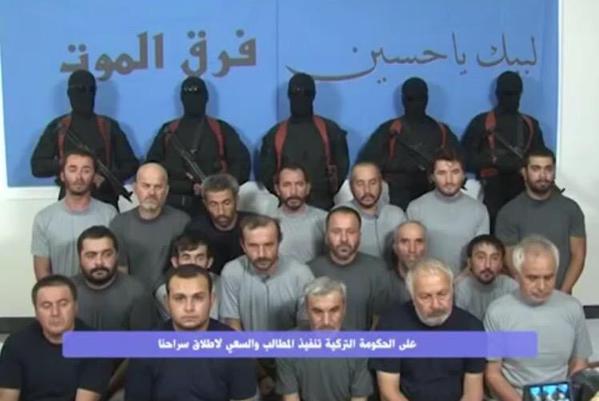 The Turkish government has confirmed that two hostages have been released by the group calling themselves the "Death Division," who kidnapped the workers in Baghdad early this month, along with 16 other hostages.

The two men were said to be in good condition, confirmed by both Turkish and Iraqi authorities, who also reported that the other hostages were unharmed.

The released men were found outside the premises of a Turkish company in Basra.  At the time of writing, it is unknown why the two men were released, or if more releases will follow.