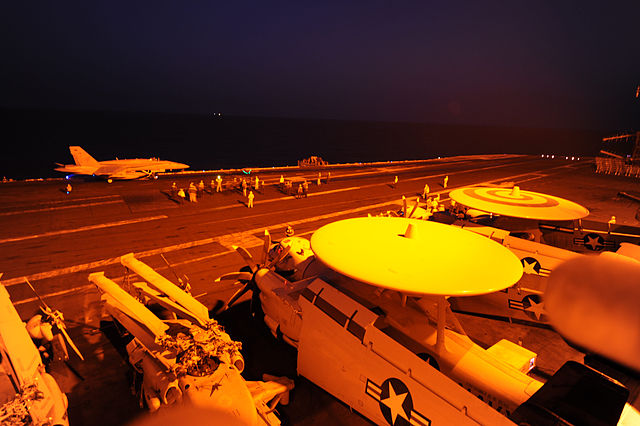 By Editor on 7th October 2015 in Security

Bomber, fighter, attack, fighter-attack, ground-attack, and remotely piloted aircraft conducted 17 strikes in Iraq, coordinated with and in support of the government of Iraq:

Coalition nations conducting airstrikes in Iraq include the United States, Australia, Canada, France, Jordan, the Netherlands and the United Kingdom.