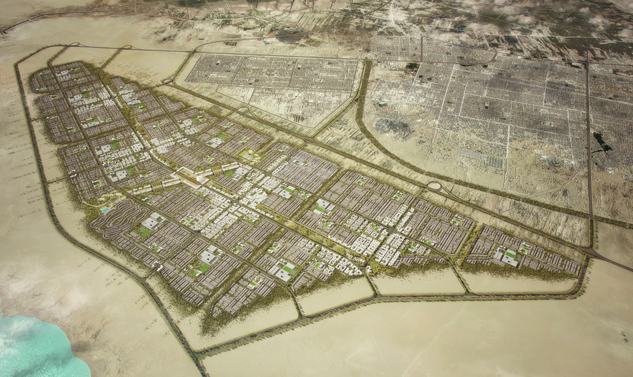 Bloom Properties, subsidiary of Dubai based Abu Dhabi National Holding, has delayed construction of a 40,000 housing unit project in Karbala.

The site, dubbed "Shores of Karbala" (pictured: plan of the site) was announced in 2013 with former PM Nouri al Maliki attending a ceremony to mark the signing of the contract, with work split 50-50 between the Iraqi Ministry of Housing and Construction and Bloom.

Bloom cited security as a reason for the delay, although a company spokesman noted that security in the south was good overall, but they would wait until the situation had stabilised.

The company stressed they were still committed to finishing the project, although the spokesman noted that this would incur a cost to the company.