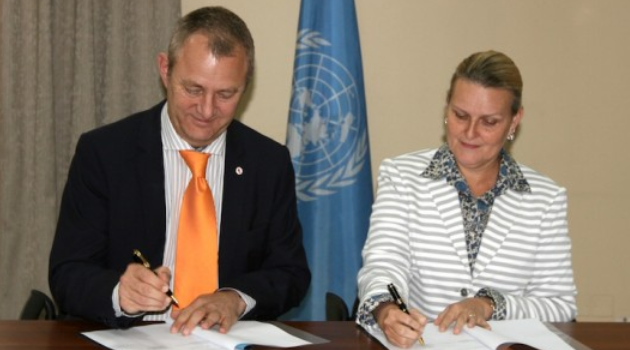 The Netherlands is giving $5.69 million (€5 million) to the United Nations Development Programme (UNDP) to support stabilization in areas newly liberated from the Islamic State of Iraq and the Levant (ISIL).

“Hundreds of thousands of displaced Iraqis are ready to return home to newly liberated areas. Helping to stabilize these areas, many of which have been badly destroyed, is one of our highest priorities. We are enormously grateful to the Dutch Government for their generous support.”

“The Netherlands is actively participating in the Global anti-ISIL Coalition which is helping the Government of Iraq to liberate territories occupied by Da’esh. Through FFIS, Internally Displaced People can move back to their homes soon after liberation in order to continue their lives in peace.”

Established in June 2015, FFIS is working in nine newly liberated areas in Anbar, Salah al-Din, Ninewah and Diyala Governorates. FFIS has just started to work in Ramadi where widespread destruction and contamination by booby-traps have slowed stabilization and returns.

One Response to Netherlands Funds Stabilization in Newly Liberated Areas