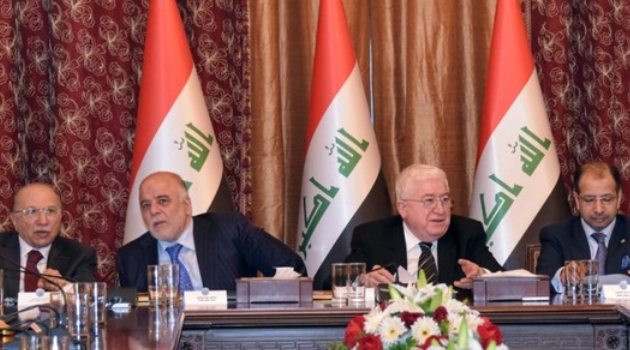 By Ali Mamouri for Al Monitor. Any opinions expressed are those of the author, and do not necessarily reflect the views of Iraq Business News.

Iraq finds itself facing a major political crisis, as parliament is obstructed, the formation of Prime Minister Haider al-Abadi's new cabinet has yet to be completed and popular protests continue to demand radical reform to the legislative, executive and judicial branches.

The current crisis has impeded the building of even basic understandings. Protesters stormed the parliament building on April 30 and parliament has not yet convened due to a boycott by many parliamentary blocs. Abadi's new ministers cannot attended cabinet meetings, having not been sworn into office yet.

Most parliamentary blocs are not convinced that they need to return to parliament, despite ongoing intense efforts by Speaker Salim al-Jabouri and Abadi to see the legislative body continue to operate and the new cabinet to take office. In a statement issued on May 8, Jabouri called on lawmakers to attend sessions and start their work, but did not specify a date for the holding of the next parliament session. The postponement of the latest scheduled session was attributed to a delay in "technical preparations" for the parliament building, yet the real reason is likely more complicated.

Some observers believe that the current situation is even more complex than the government's initial formation following Saddam Hussein's fall in 2003. Several reasons come to fore, including the lack of a clear government vision of a way out of the crisis; the absence of a third party to take control of the situation and facilitate dialogue among the political parties, as US troops once did; and the major rift among political forces reflected by the public mood, which will not facilitate the building of a political understanding.

The major parliamentary blocs have made three proposals to end the crisis:

2. The formation of a technocratic government. A proposal for this solution came from Sadrist movement leader Muqtada al-Sadr in February, when he called for the cabinet to include independent figures, disregarding the sectarian quotas that prevent the government from performing its tasks. Sadr played all of his cards to get this proposal passed,including demonstrations, sit-ins and the storming of the Green Zone on April 30. Yet he did not succeed, and was forced to withdraw from political life for two months, he said in an April 30 news conference. Iran's Tasnim News Agency, which is close to Iranian Supreme Leader Ayatollah Ali Khamenei, reported May 4 that Sadr is in Iran and intends to spend the waiting period there. Right now, the technocratic government is not an option.

3. The dissolution of parliament and holding of early elections. A number of parliament members, including Jabouri and Jawad Bolani, head of the economy and investment parliamentary committee, demanded as much on April 6. Jabouri called for the signing of a petition to dissolve the parliament and hold early elections, parliament spokesman Emad al-Khafaji said in April. The biggest challenge, however, is that most of Iraq's Sunni areas are under IS control, preventing elections from being held there. Given the vulnerable sectarian situation in Iraq, it would be dangerous for elections to exclude key components.

In general, the Kurds want things to return to what they were prior to the political crisis. They are dealing with Baghdad as if they are not concerned with the crisis and trying to exploit the situation to acquire material and political gains from the central government. In a meeting with a Shiite delegation in Sulaimaniyah on May 12, Deputy Parliament Speaker Aram Sheikh Mohammed of the Change parliamentary bloc said, "The guarantees for the safety of Kurdish parliamentarians are not enough for them to resume their tasks. All parties are required to intensify efforts to resolve the problems that aggravated the situation. The climate needs to be stabilized, in addition to laying a realistic foundation to solve those problems and issues." Outstanding issues between Baghdad and Erbil include Constitutional Article 140 over Kirkuk and the oil and gas law.

Disagreement prevails over the political scene while the country's security and economic situations do not offer a stable setting for radical changes in the government. Lawmakers are more likely to return to parliament under a fragile agreement, and the political crisis will continue until the next elections are held in 2018.

9 Responses to Iraq's Parliament is Impotent