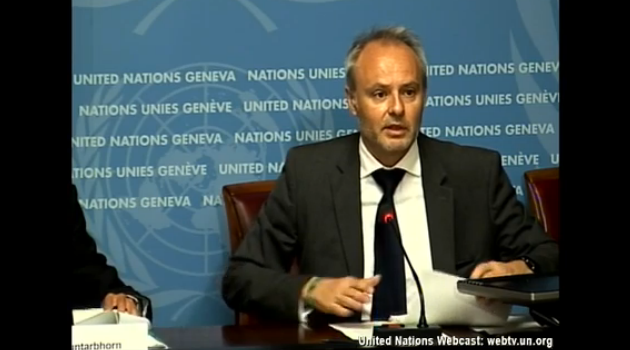 UN Commission of Inquiry on Syria: ISIS is committing genocide against the Yazidis

The so-called Islamic State of Iraq and Al-Sham (ISIS) is committing genocide against Yazidis, according to a report, “They Came to Destroy: ISIS Crimes Against the Yazidis”, issued today by the independent international Commission of Inquiry on the Syrian Arab Republic.

The report by the Commission of Inquiry also determined that ISIS’s abuse of Yazidis amounts to crimes against humanity and war crimes.

“Genocide has occurred and is ongoing”, emphasised Paulo Pinheiro, Chair of the Commission. “ISIS has subjected every Yazidi woman, child or man that it has captured to the most horrific of atrocities.”

As per the Commission’s mandate, the report focuses on violations committed against Yazidis inside Syria, where thousands of women and girls are still being held captive and abused, often as slaves. The Commission also examines how the terrorist group forcibly transferred Yazidis into Syria after launching its attacks on northern Iraq’s Sinjar region on 3 August 2014.

Collected information documents evidence of intent and criminal liability of ISIS’s military commanders, fighters, religious and ideological leaders, wherever they are located.

The Commission’s findings are based on interviews with survivors, religious leaders, smugglers, activists, lawyers, medical personnel, and journalists, as well as extensive documentary material, which corroborate information gathered by the Commission.

3 Responses to UN: IS Committing Genocide against the Yazidis