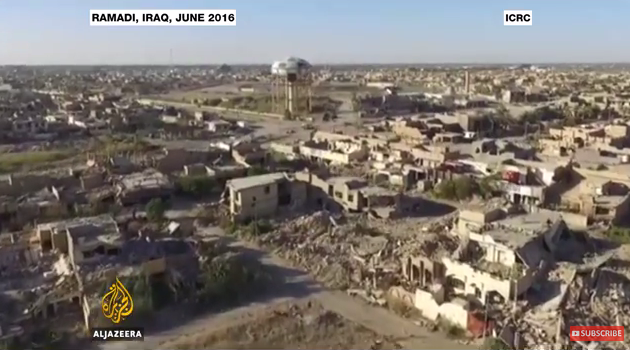 By Editor on 6th July 2016 in Construction & Engineering In Iraq, Security

The president of the International Committee of the Red Cross (ICRC), Peter Maurer, says that levels of suffering in Syria and Iraq have reached unprecedented levels.

Rare aerial footage gathered by ICRC shows the once prosperous Ramadi in central Iraq now in tatters, a ghost town.

Explosive remnants of war are scattered across the city and most people are too afraid to return to homes. It will take months, if not years, to make the city safe again and to rebuild homes and damaged water and electric systems.

In both Syria and Iraq, an estimated 10 million are internally displaced and hundreds of thousands of people have been killed: