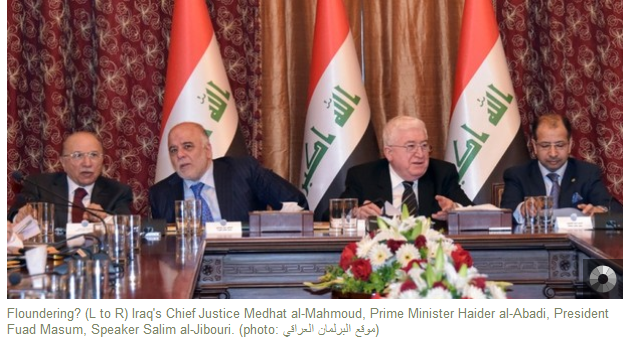 By Editor on 10th September 2016 in Politics

Closed door meetings in Baghdad suggest an old idea, meant to solve Iraq’s political chaos, is being revived. It’s early but some hope it might help a Parliament that’s only done about one-third of its work.

Away from the bustle of Parliament in Baghdad, Iraq’s President, the Iraqi Kurdish politician, Fuad Masum, is leading closed-door negotiations to finally form the country’s National High Council for Strategic Policies.

“A few days ago, President Masum concluded important, secret negotiations with almost all of the leaders of top political parties,” a source close to Masum told NIQASH. “With the exception of some of the smaller parties, everybody welcomed the idea.”

The idea of a National High Council for Strategic Policies was first mooted during negotiations that took place after the Iraqi parliamentary elections in March 2010. Results were close and both leading parties insisted on their right to head the government, with the ensuing wrangling interrupting the business of state for months.

Finally, in November 2010 a settlement was reached. One of the conditions was that a new position be created that was equal in importance to the top jobs in the country already - this was heading this new council.