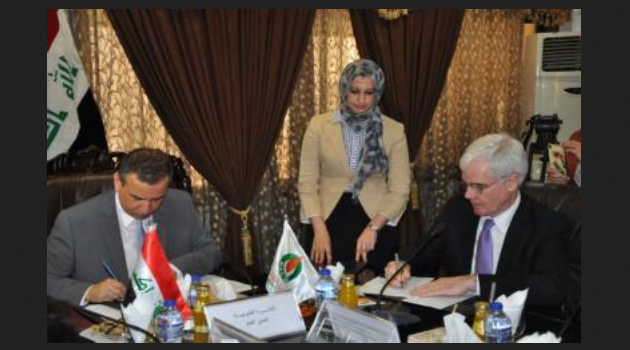 The South Oil Company (SOC) has officially taken over the stake in the Zubair oil field formerly held by US-based Occidental Petroleum, which has withdrawn from the project.

Repressentatives of Italy's Eni and the Korea Gas Corporation (KOGAS) signed the agreement along with the Ministry of Oil.

He said that Occidental was pulling out of all projects in the Middle East because of the global financial crisis and the oil prices drop.

Mr. Ahmed Fadhil, the deputy director general of SOC said his company entered the consortium with a share of 29.95 percent.