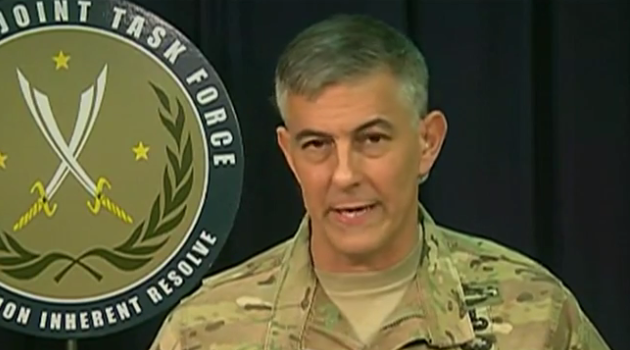 In teleconference remarks from Baghdad on Wednesday, the commander of Combined Joint Task Force - Operation Inherent Resolve reported progress and success in the U.S.-coalition forces’ campaign to bring lasting defeat to the Islamic State of Iraq and the Levant.

Army Lt. Gen. Stephen J. Townsend described a decidedly different situation in Iraq and Syria today since the U.S.-led counter-ISIL campaign began in 2014. What started with helping the international coalition halt ISIL’s offensive, he said, has evolved into helping Iraq’s government and U.S. partners in Iraq and Syria defend territory, and then reorganize their forces and mount a counterattack.

“We have conducted hundreds of strikes to destroy ISIL oil infrastructure; we assess these efforts have cost ISIL between $4.5 million and $6.5 million a month,” the general said. “The liberation of key population centers and oil fields has further limited the enemy's access to taxes and oil revenue.”

“We have captured or killed 180 ISIL leadership figures and hundreds-more lower-level commanders,” he added. “Such strikes disrupt the enemy's ability to plan and conduct operations here, or conduct external attacks around the world.”