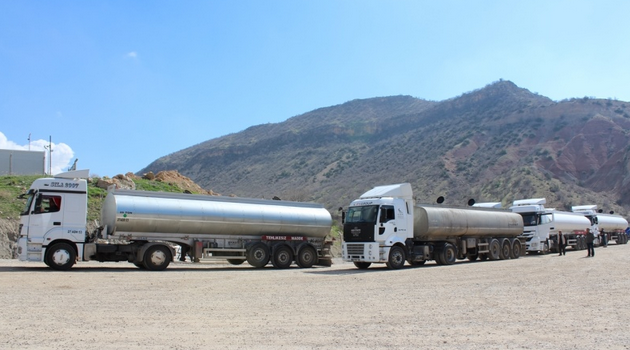 Gulf Keystone Petroleum (GKP), operator of the Shaikan Field in Iraqi Kurdistan, has said the Kurdistan Regional Government's Ministry of Natural Resources (MNR) is to begin exporting all Shaikan crude production via trucks to Turkey, from the end of February.

Subsequently, no Shaikan crude will be injected into the Kirkuk-Ceyhan export pipeline at Fishkhabour, until further notice by the MNR. The Company has been informed that the new arrangement is required by the MNR for its overall crude oil export quality management and is expected to be temporary. It is not expected to affect Shaikan production levels.

Under the new arrangement, the MNR has confirmed to Gulf Keystone that the economic benefit to the Company will be the same as that of the previous framework, whereby all Shaikan crude was exported via pipeline to Ceyhan.

The MNR has also confirmed its intention to take full responsibility, at its sole cost on a non-rechargeable basis, for the additional transportation costs related to this new export route arrangement, and that the Company will continue to receive a fixed payment of gross $15 million per month for sales of the crude. This agreement will remain subject to future audit and reconciliation.

Gulf Keystone continues its ongoing discussions with the MNR regarding commercial and contractual conditions, in particular those around a regular and timely payment cycle, and long-term crude marketing arrangements.

Subject to further clarity on these points, the Company looks forward to making further investments to maintain at least plateau production at nameplate capacity of 40,000 bopd, with a view to increasing to 55,000 bopd as soon as possible.

"This new export route arrangement confirms there is a market for Shaikan crude as a standalone product while also ensuring Gulf Keystone, and our partner MOL, remain financially and commercially neutral under this arrangement.

"We continue an active dialogue with the MNR to achieve satisfactory commercial and contractual clarity around payments and marketing which remain key to achieving production growth and realising full value potential."

One Response to Shaikan Crude to be Exported by Truck