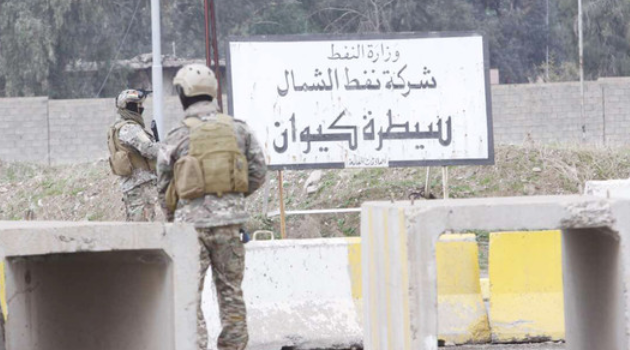 Who owns Kirkuk, the major northern city with the major oil resources? The authorities in Iraqi Kurdistan have always considered it part of their semi-autonomous region which meant that the question was long a subject of debate between the Kurdish and the federal government in Baghdad.

Thanks to the security crisis caused by the extremist group known as the Islamic State, the Kurdish appear to have got their way, as their troops are now protecting the Kirkuk area, which has a big Kurdish population.

But now that Kirkuk appears as good as in Kurdish hands, it is clear there are also internal tensions between the Kurds themselves. The rivalry between the region’s two major political parties over Kirkuk was recently highlighted when, on March 2, armed men entered the headquarters of the Iraqi oil company, North Oil, in Kirkuk.

The office is in charge of sending the oil produced in Iraqi Kurdistan to Turkey through the Ceyhan pipeline, from where it is exported to the rest of the world.

And the armed group stopped the oil from being transported for several hours, saying that they would remain until a dispute between Iraqi Kurdistan and the Iraqi Ministry of Oil in Baghdad was resolved. Shortly after noon, pumping of oil resumed.

A few days later, it appeared the situation had been resolved, with the Iraqi government agreeing to address the armed men’s issues.

On the surface, it seemed that it was the same old gripe, with Iraqi Kurdistan saying that Baghdad was not giving them enough return on oil produced in the northern region. But in reality this was also about an old gripe between the region’s two largest political parties, who basically share power in the region, splitting territory, military forces and parliamentary powers between them: the Patriotic Union of Kurdistan, or PUK, and the Kurdistan Democratic Party, or KDP.