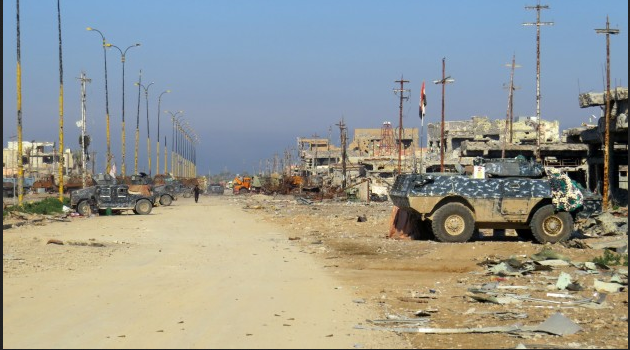 By Editor on 21st May 2017 in Construction & Engineering In Iraq, Iraq Banking & Finance News

A state bank is offering Anbar residents whose homes were damaged in fighting against the Islamic State interest-free loans for reconstruction. Only problem is hardly anyone is eligible to apply.

First there was the good news. The provincial government in Anbar province, which has seen much fighting, destruction and death during the security crisis caused by the extremist Islamic State group, announced that the country’s Real Estate Bank had allocated IQD44 billion (around US$36 million) for loans for local reconstruction.

The bank, which is state-owned and was set up to facilitate housing projects in the country, would offer the money to ordinary citizens in the area who had suffered damages due to military actions in the form of interest-free loans.

Then came the bad news: The loans, ranging from between IQD30 million to IQD50 million (around US$42,000), were difficult to obtain. According to locals, the procedure involved and the conditions for acceptance are so onerous as to be almost impossible.

Different sums are given for applicants who live in different parts of the province, whether the centre or districts. Additionally, the interest-free loans are only available to those who can prove officially that they owned property.

It is this that causes a lot of problems in Anbar.

Ahmad al-Jumaili, a 44-year-old from the Shuhada area, south of Fallujah, says his hopes were raised by the news. But he quickly realized he didn’t qualify for a loan because he built his house on agricultural property, with the agreement of the owner of the land. It’s a form of subdivision that became popular in the province as prices in inner cities rose and shanty towns started to be built. Land owners saw the potential to divide their agricultural land and offer it to families who wanted to build on the outskirts of the cities. It’s a common but often not well-documented practice.