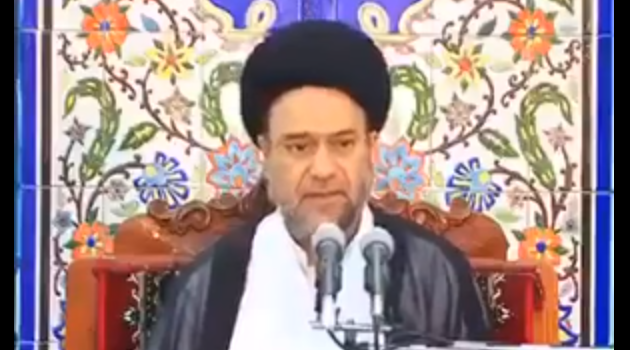 By Editor on 21st May 2017 in Iraqi Communications News, Politics, Security

In undated footage that leaked earlier this month, head of the Shiite Endowment Alaa Abd al-Sahib al-Musawi is heard saying that non-Muslims have three options: take up jihad alongside Muslims, convert to Islam, or agree to pay jizyah — a yearly tax historically levied by Islamic states on Christians and Jews. The video sparked outrage on social media.

Subsequently, a group of 180 Christian families filed a lawsuit against Musawi, accusing him of spreading hatred against the minorities in the country.

Patriarch Mar Louis Raphael I Sako, head of the Chaldean Catholic Church in Iraq, issued a statement on May 5 to contain the anger sparked by the leaked video and alert religious leaders of their historic responsibility in such critical times in the nation’s history. He urged the religious leaders to “adopt moderate and open-minded measures as well as ban hate and discriminatory speech.” The patriarch clarified that hate speech “does not serve Islam. Rather, it establishes walls among people, divides them, entrenches Islamophobia, dissolves the fabric of the nation, undermines peace, and violates freedom and human rights.”

In his statement, Patriarch Sako stressed the important role played by the state, arguing that the absence of its authority leads to a breakout of destructive hatred: "We hereby call upon the government to enforce the law and work on respecting the religion of every human being pursuant to the legislation of the graceful Quranic verse that says: 'So whoever wills, let him believe; and whoever wills, let him disbelieve.'”

As angry reactions emerged, parliamentarians called for reform to integrate the religious endowments in Iraq with a civil administration in order to achieve unity, taking fully into consideration that “the position is held by a secular figure, and whoever is proved to have incited religious dispute or sectarian strife in the country is dismissed,” according to the statement made May 12 by a representative from the parliamentarian Sadrist Al-Ahrar bloc.